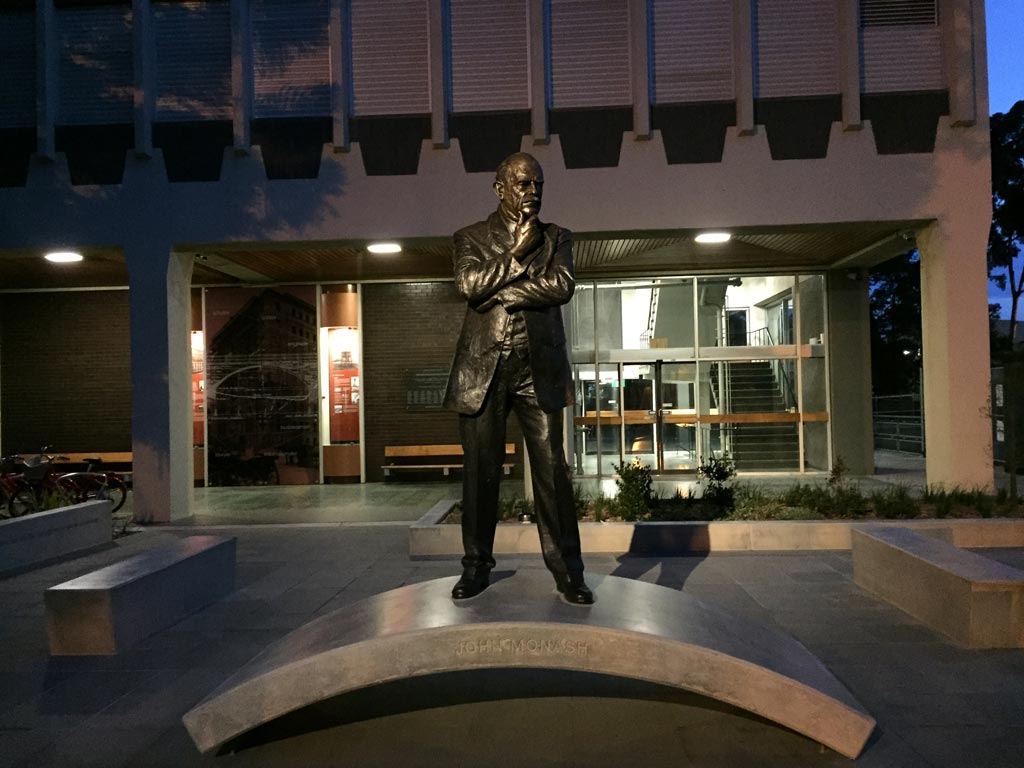 The placement of a sculpture for the founding father of the university was an unusual brief. The project was driven by ‘the Pioneers’, a group of the first Alumni of the university. The Pioneers commissioned Peter Corlett to make the sculpture, reflecting Sir John Monash as the engineer and founder of the university and not the famous WW1 general. Several sites were considered but eventually a site at the far end of the formal axis called ‘The Forum’ was chosen. Here the backdrop was the modernist architecture of the Menzies Building. The building dominates the landscape and even trees seem to be diminished by its scale. The texture of the façade, reminiscent of Mies Van der Rohe’s famous Seagram building, is a fine-grained series of openable windows with a beauty and order that informed the design of the courtyard. Planting referenced the nearby rainforest walk. 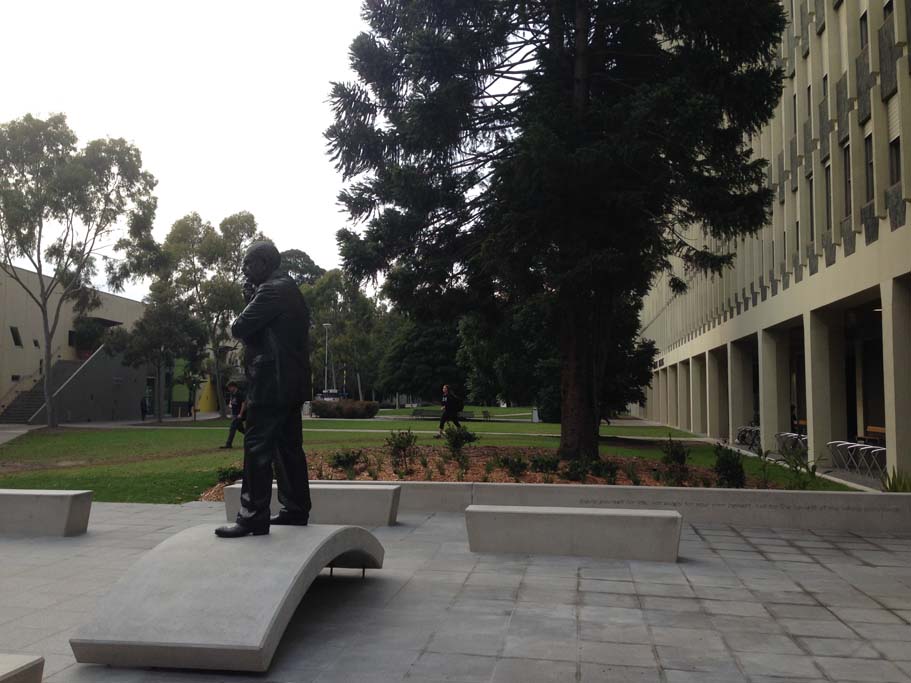 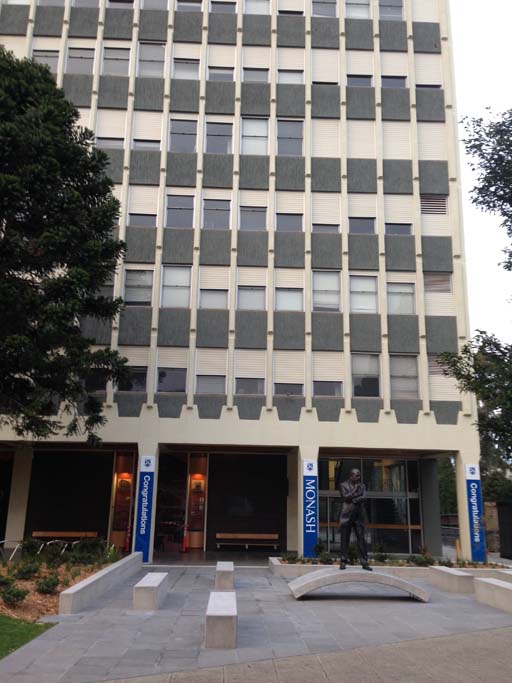 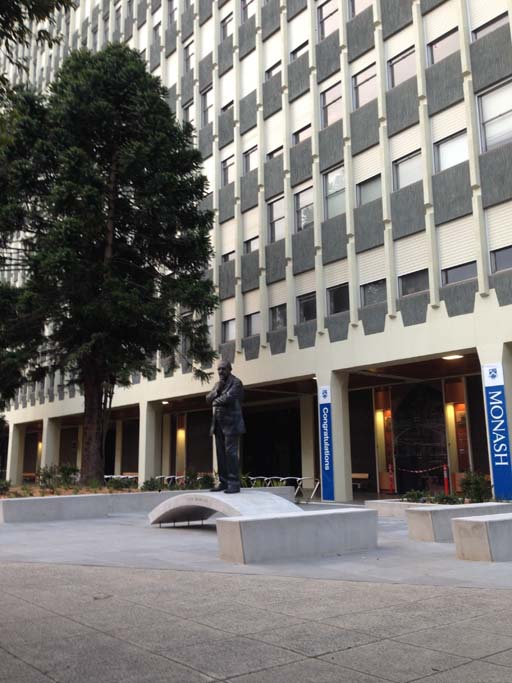 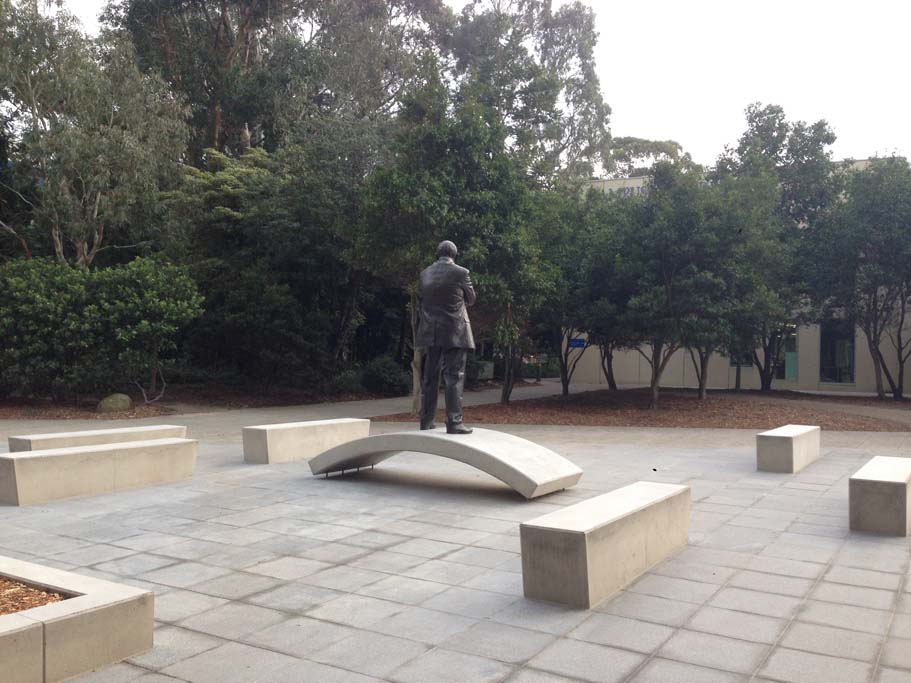 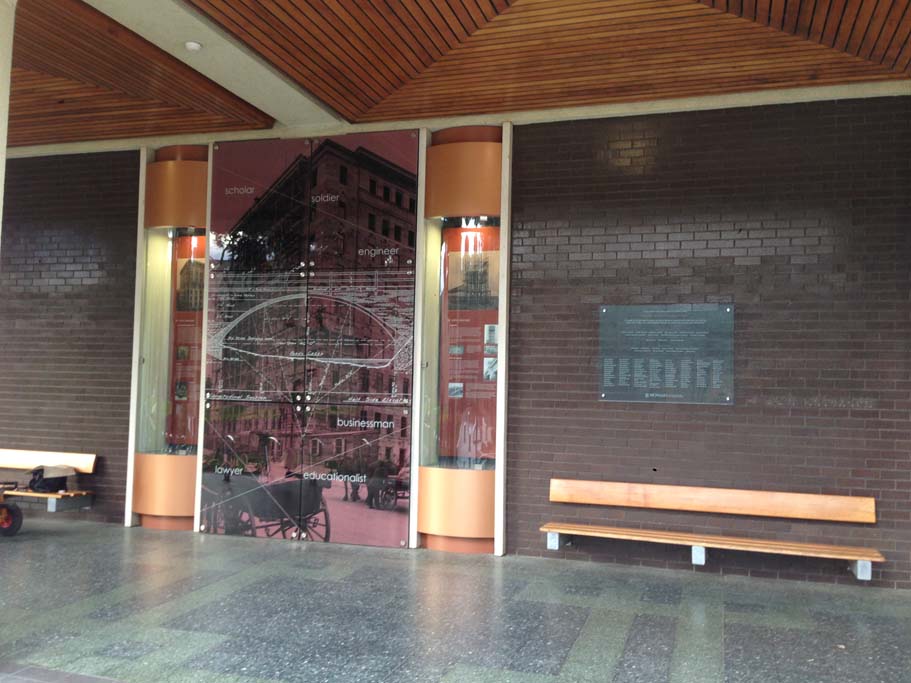 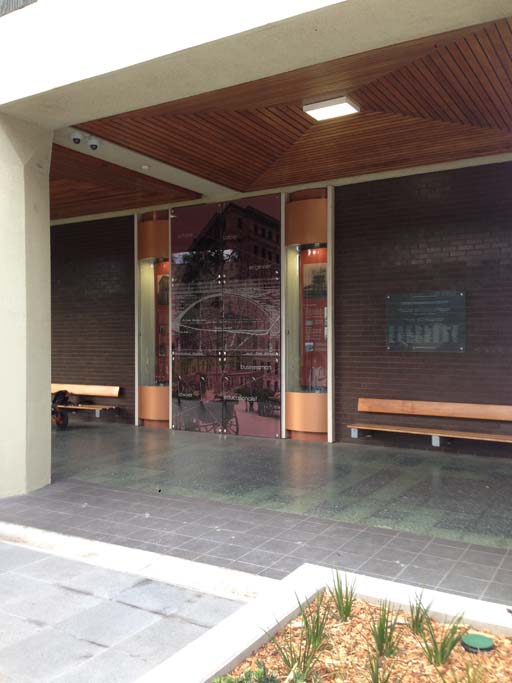 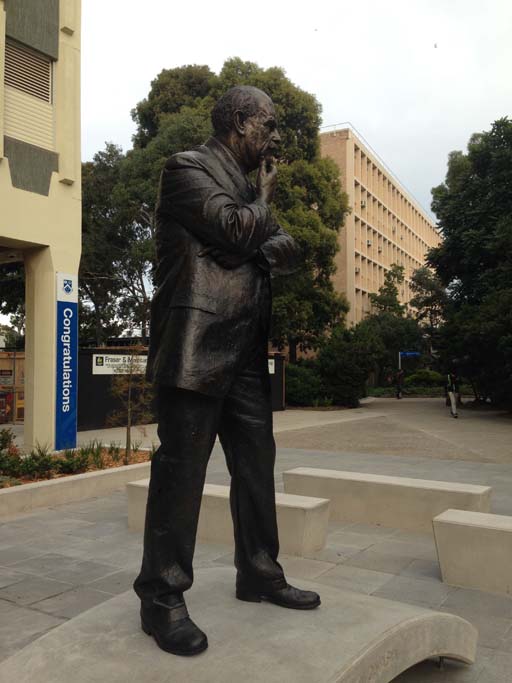 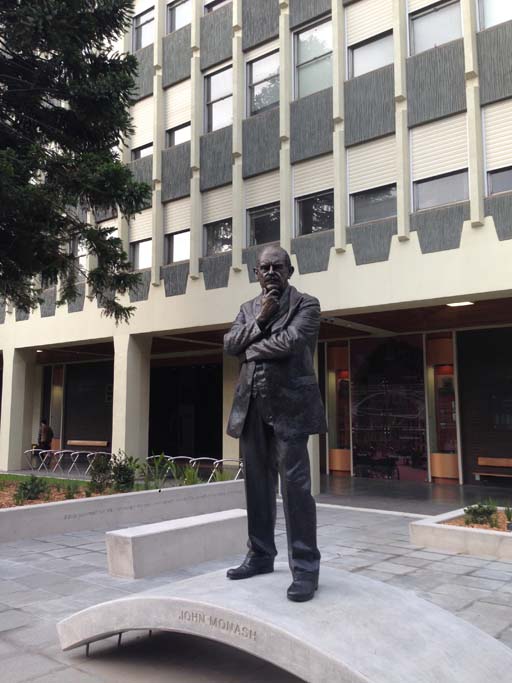 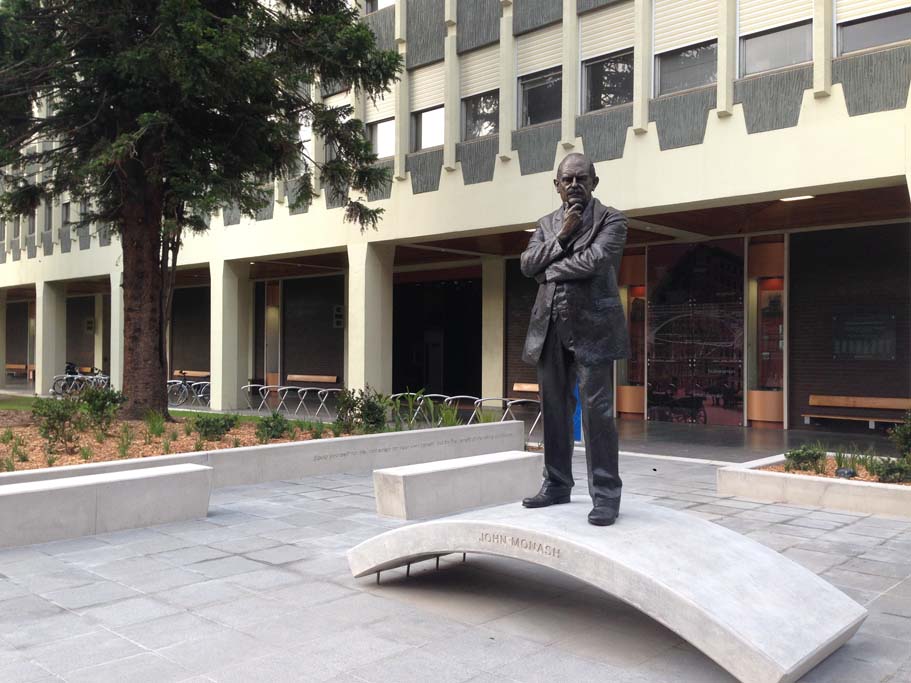